According to NEoWave founder Glenn Neely, the Last Leg Of Any Wave Pattern is the Easiest to Predict

Forecasting Getting Better Every Month! 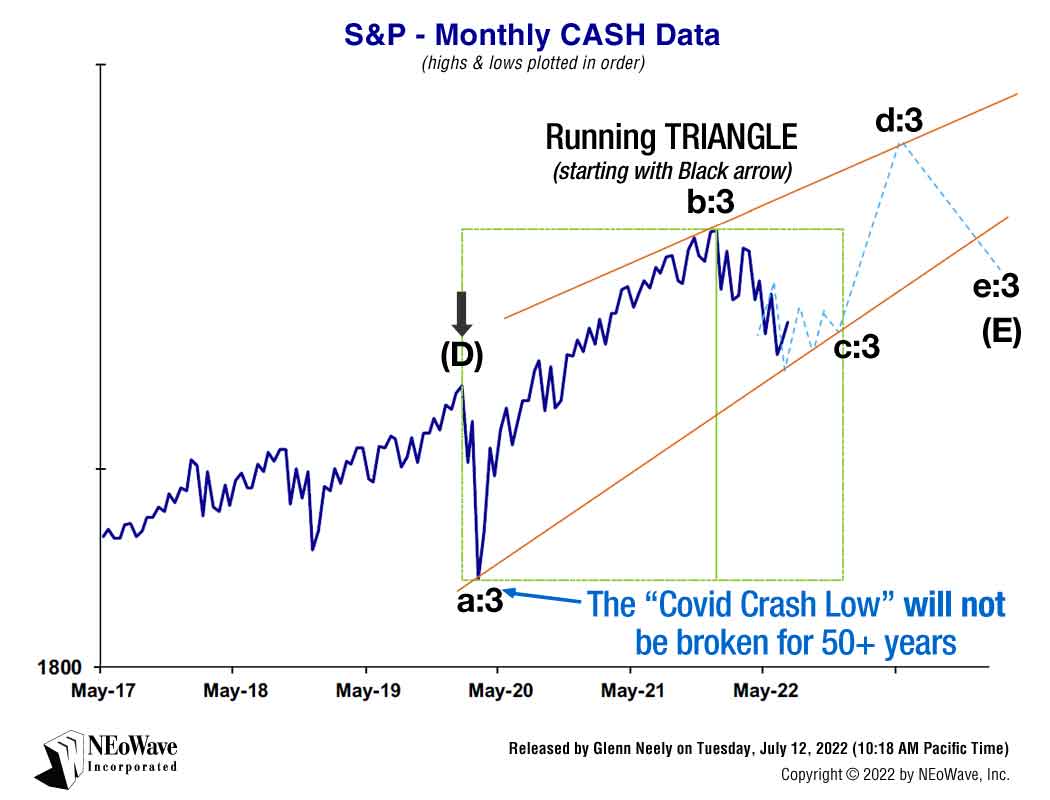 See the "Covid Crash Low" on the chart indicated by the blue arrow.
This NEoWave forecasting chart was released on July 12, 2022

The S&P had finally begun the last leg of the correction, which began in March of 2000

The last leg of any Wave pattern is the easiest to predict. So, when Covid struck in early 2020, the violent decline it created in the U.S. stock market confirmed the S&P had finally begun the last leg of the correction, which began in March of 2000.

In the year 2000, I warned customers forecasting with Wave theory would become increasingly difficult for the next 10-15 years (as the U.S. stock market moved toward the center of the 30 year correction). With that 30 year correction just a few years from ending, market predictability has been improving substantially ALL YEAR and should CONTINUE into the end of this decade!

If you want to improve your forecasts, this is THE BEST TIME in 40 YEARS to learn Elliott and NEoWave concepts in real-time!

Take my next NEoWave Forecasting Course

Hear Glenn Neely's review of the Wave structure of ALL 3 markets (S&P, Gold and T-Notes) according to NEoWave theory. 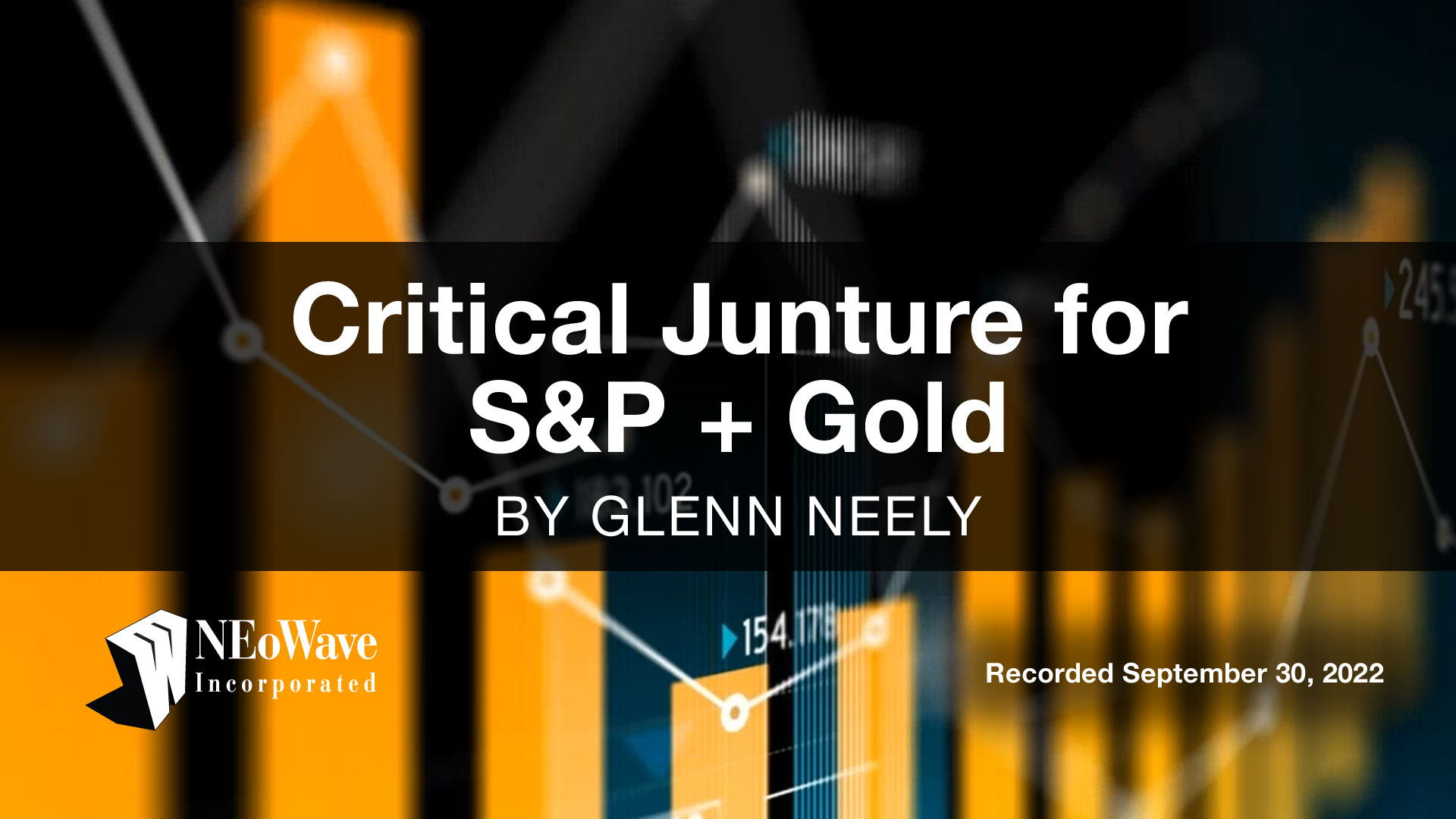 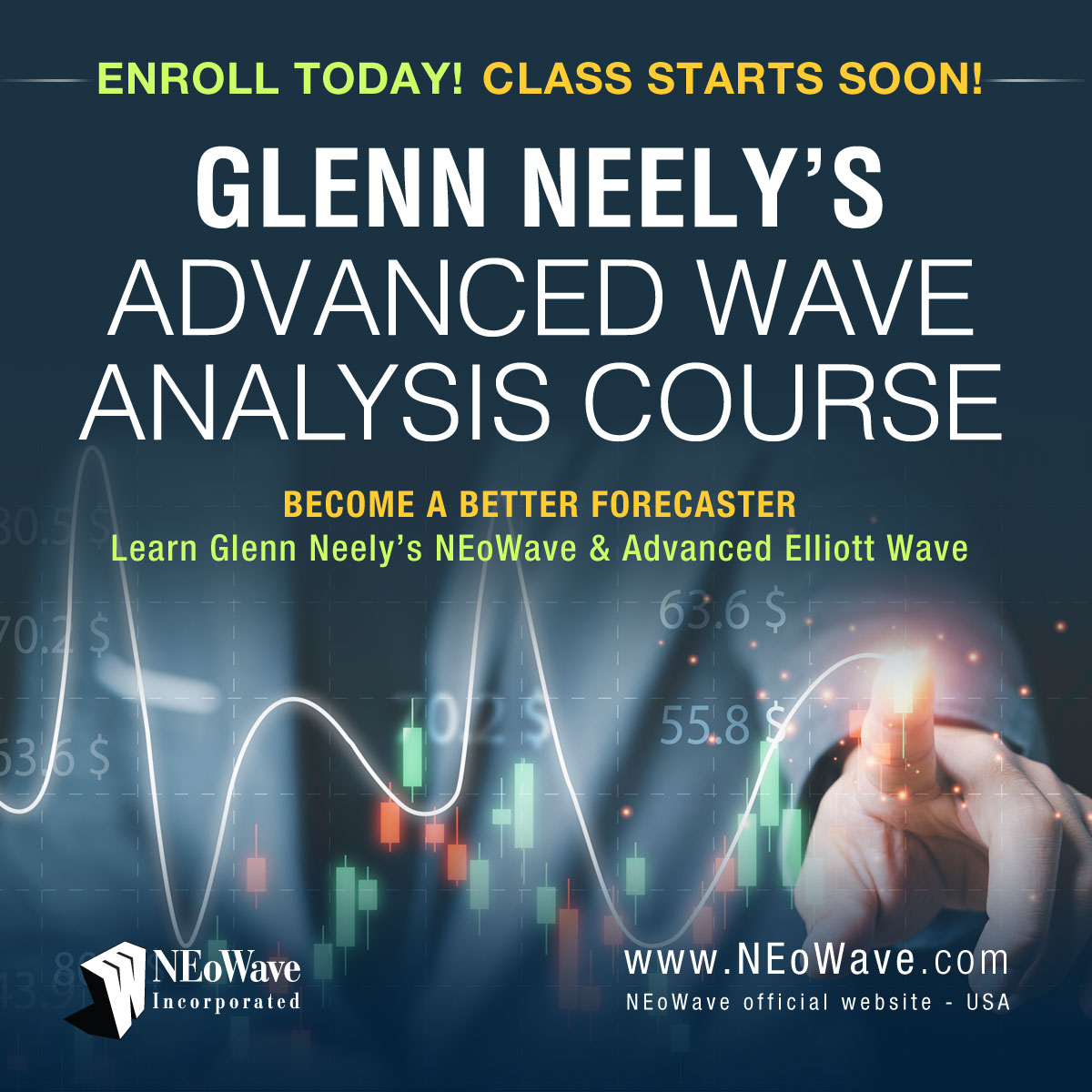 Follow Glenn Neely's charts on four major markets (S&P, Gold, T-Notes or Euro) and you will learn how to apply advanced NEoWave concepts on your own real-time price charts. 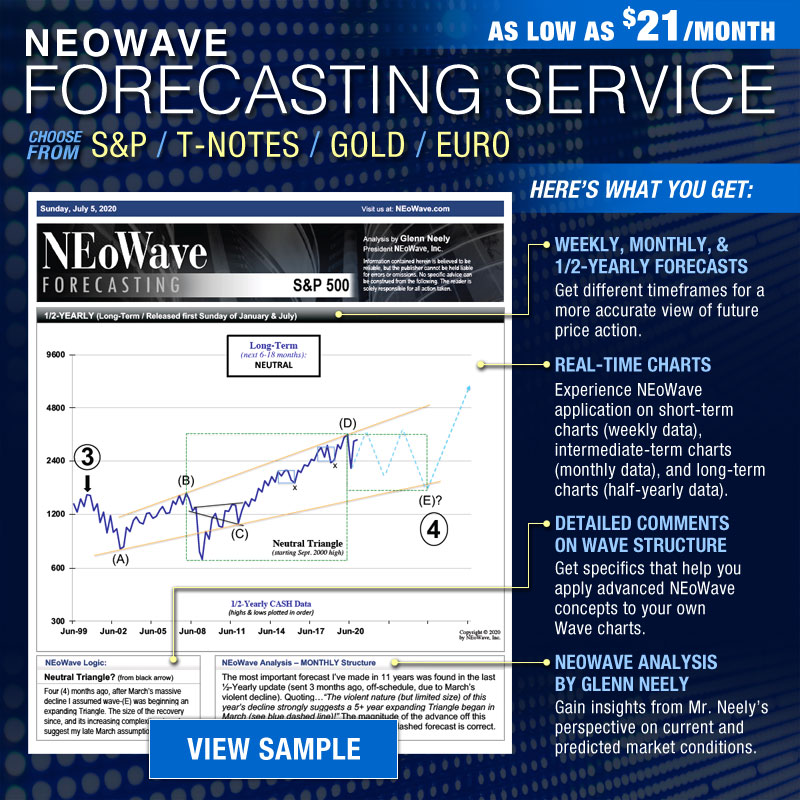